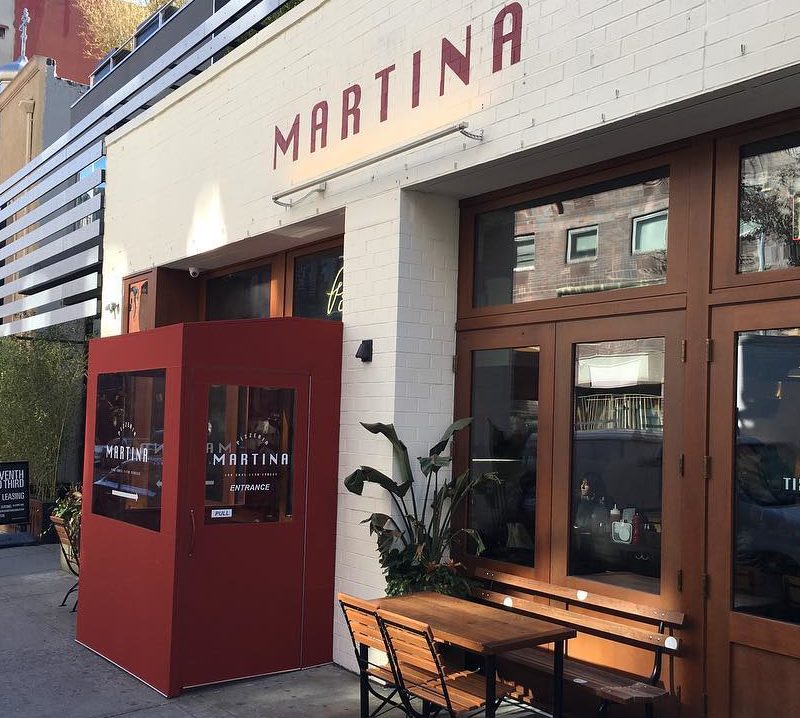 Fine casual, yet another term coined to describe the new ways Americans dine, marries elements of fast casual and fine dining. No matter what you want to call these restaurants, expect many more.

Martina, in New York's East Village, is a prime example of the move toward fine casual. / Martina Facebook

Diners used to know what to expect from a restaurant when they entered. Candles and white tablecloths indicated waiter service and a high-end meal that might take some time. Plastic tables and a menu board communicated to diners to order at the counter and wait for their name or number to be called. Now all the lines are blurred — but that might be just what diners want.

Since the explosion of fast casual, diners have started expecting more from fast food. And on the flip side, restaurants are raising the bar by incorporating well-plated dishes, elevated decor, and proper beverage service into a casual dining experience. What’s a restaurant to do when it won’t want to be defined by an arbitrary label? Create a new word to describe it.

What’s in a Name?

The origin of the term is unclear, though references to “fine casual” and “fast fine” go back a few years, nebulously describing restaurants with casual service but elevated food. (Yes, this used to be “fast casual.”) Restaurateur Danny Meyer defined the term on the record with 60 Minutes during an interview last year. “Fine casual marries the ethos and taste level of fine dining with the fast food experience.” Meyer, for his part opened one such spot, Martina, in 2017, serving Roman-style pizzas in New York’s East Village, though he claims Shake Shack, which he founded in 2004, is fine casual, too. Therein lies the challenge of naming a new category.

Many of these new hybrid spots are helmed by chefs and owners with fine dining backgrounds. Fine casual restaurants are still evolving, but it’s widely agreed that at these locations customers order at a counter, sit down for service, and have their tables bused by restaurant staff. In a world where the terms “fast casual” and “Chipotle” are often uttered in the same sentence, elevated service, including busing, serves as a point of differentiation between fast and fine casual restaurants.

Whatever you want to call them, diners can expect more restaurants like this in 2018. Data from market research firm Mintel indicates that 69 percent of consumers want to see more restaurants with a casual atmosphere but with high-quality food. And they’re willing to pay for it.

Fine casual appeals to owners too as it alleviates some of the pressures restaurants face as rents and labor costs rise. These restaurants require less service staff but maintain a high price point to cover expenses.

It’s no wonder fine casual has exploded in cities like San Francisco with its oversized rent and labor costs and its abundance of early adopters and millennial diners. “They want to eat out three or four times a week,” said Marko Sotto, owner of Barzotto, a fine casual spot in San Francisco. But “at the same time, they don’t necessarily want all the hubbub.” Diners at fine casual spots are saving a bit of time and money and losing some of the formality.

Like San Francisco, Denver is another hotbed for fine causal activity. Christian Anderson, an owner of Chop Shop Casual Urban Eatery, welcomes a lot of young families to his restaurant, a testament to the comfortable and laid-back atmosphere of a fine casual restaurant. “They want something a little more elevated,” he said. “And they’re OK paying a little higher price point for their families to go out and get a great meal.”

Learning on the Fly

Although fine casual spots are increasingly common, they are still a work in progress, admit some owners. At Chop Shop, Anderson revamped the menu after the first busy night, adjusting the offerings to include less customization so meals could be made from scratch but still swiftly. At Barzotto, Sotto said he weighs changes like adding signage to indicate how customers should order or adding more employees in the dining room to help explain the concept to diners. But both come at a cost — one to the atmosphere and the other to the bottom line.

The disconnect between diners expectations and their experience seems most prevalent when a space has the look of fast casual eatery but the menu, and the prices, of a higher end spot. Take ChiKo in DC, where diners can easily spend over $100 on a dinner for two before moving to a metal picnic table to eat. But what might feel like an incongruity today will become more familiar as more of these restaurants open for business.

As the fine casual trend grows, we can expect restaurant owners to work out these kinks or push back on diners who expect the same old style of dining.

“It is a new type of dining,” said Sotto “Fifteen years ago, people were used to either fast food or full service, and there was nothing in-between. I think it’s just going to be a matter of time for people to get it.”