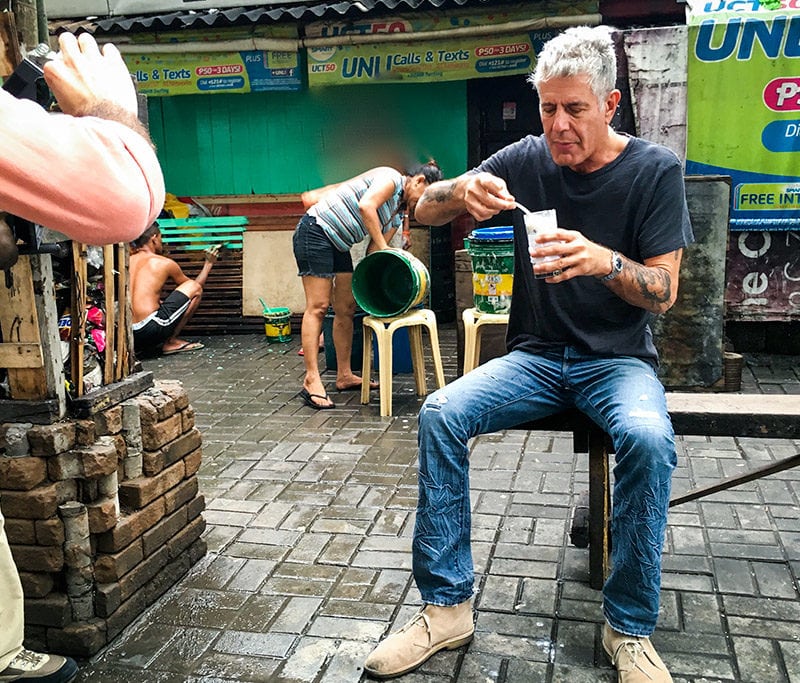 Anthony Bourdain Is Dead at 61

It is difficult to overstate how much Anthony Bourdain changed food tourism and the general public’s understanding of what went down in restaurant kitchens, both negatively and positively.

Anthony Bourdain filming an episode of "Parts Unknown" in 2016. / CNN

Television host, writer, and chef Anthony Bourdain is dead at age 61, according to CNN. The cause of death was reported as suicide.

Over the last 16 years Bourdain had transformed himself from chef-turned-author to author-turned-television host, defining the early days for the Travel Channel, and then creating an even larger audience at CNN. One week he’d share a beer and rice noodles with President Barack Obama in Vietnam, the next he might be looking at the heroin scourge in Massachusetts. His show was one of the first to look at the post-thaw changes in Cuba, and his travels in Iran presented a picture of the country that was more complex than most viewers had ever seen.

“It is with extraordinary sadness we can confirm the death of our friend and colleague, Anthony Bourdain,” the network said in a statement Friday morning. “His love of great adventure, new friends, fine food and drink and the remarkable stories of the world made him a unique storyteller. His talents never ceased to amaze us and we will miss him very much. Our thoughts and prayers are with his daughter and family at this incredibly difficult time.”

According to CNN, Bourdain was in France filming a future episode of “Parts Unknown” with friend and frequent co-star, chef Eric Ripert.

We want to express our deepest and most sincere sympathy to Tony’s family. We will remember him for his immense talent, but, more importantly, for his friendship. We’ve known and worked with Tony for two decades. This loss we feel today is deep and extraordinarily profound. We miss him already.

In a conversation with Skift in 2016, Bourdain described his work as the ideal assignment. “It’s the best job in the world. I have a ridiculous and very unusual amount of freedom to go where I want, do what I want, and tell stories the way I want.”

He is a survived by a daughter from an earlier marriage.

CNN mourns the loss of Anthony Bourdain. If you or someone you know needs help, please call the National Suicide Prevention hotline at 1-800-273-8255. pic.twitter.com/bpFEOuN8Un