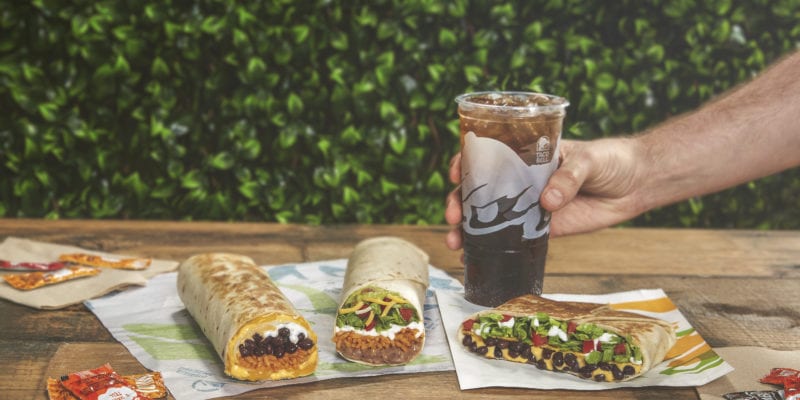 Vegetarian offerings are basically table stakes for fast food at this point, and Taco Bell is capitalizing on the success its already seen by offering a dedicated vegetarian menu within its own mobile app.

When it comes to success in restaurant businesses, technology is often cited as the top avenue for growth and staying ahead of the proverbial curve. Give the people what they want, right?

But a restaurant is nothing without its food, and menu innovation, a decidedly non-digital initiative, can work hand-in-hand with more tech-forward efforts to create, something new and notable.

On Thursday, April 4, Taco Bell company will roll out a vegetarian menu to restaurants in the Dallas area, the company announced today. The test will cover about 200 locations, 60 percent of the area’s stores. In addition to its current vegetarian offerings, Taco Bell will introduce three new menu items. The new menu is less of a foray into vegetarianism and more a creative marketing strategy to highlight what Taco Bell has done for some time.

The chain plans to roll out the official vegetarian menu nationally next year, making good on its earlier promise.

“At the beginning of the year, we committed to making it easier for vegetarians to have easy access to great, craveable, vegetarian and vegan meals,” said Liz Matthews, chief food innovation officer at Taco Bell.

Matthews was quick to point out that vegetarian options have been part of Taco Bell’s product offering since the beginning. “In hindsight, we’ve always been great friends with vegetarians.  Our bean burrito has been on our menu for 57 years, and it is actually our number-two selling product behind the crunchy taco,” she said.

“This trend towards eating more plants or plant-forward eating, I don’t think it’s going to go away,” Missy Schaaphok, Taco Bell manager of global nutrition and sustainability — and also one the chain’s resident registered dietitians — told Skift in January. “I’ve been hearing about it for a number of years but I think it’s now starting to reach ubiquity in the fast-food space, which is pretty exciting.”

Matthews cited the country’s 3 million vegans and 8 million vegetarians when explaining the importance of a vegetarian menu. But there’s a much greater share of the market, 81 million people who identify as “flexitarian,” or simply opting out of meat from time to time. Satisfying a large (and growing) subset of the population aside, the proliferation of vegetarian and vegan items on quick service restaurant menus is good for a business’s bottom line.

“Quick service restaurants are businesses that need to make money. To do so, they have to please customers,” said Marion Nestle, professor of nutrition, food studies & public health at New York University. “There is now a critical mass of customers looking for plant-based alternatives and their money is just as good as anyone else’s.”

Taco Bell’s offering was created in partnership with the American Vegetarian Association. “All of our ingredients are certified, whether that’s vegan or vegetarian,” said Matthews. “And that is third-party accreditation which is constantly reviewed. We took that very seriously, to make sure through the entire supply chain that we are completely covered from a vegan or vegetarian perspective.”

Businesses that are rolling out dedicated vegetarian items like plant-based meat will tell you it’s too soon to measure how well the items are doing, but the proof is in the rollout. White Castle launched its Impossible Slider in test markets and rolled it out to all its restaurants five months later. Just yesterday, Burger King made a splash with its announcement of the Impossible Whopper, which it will test in St. Louis.